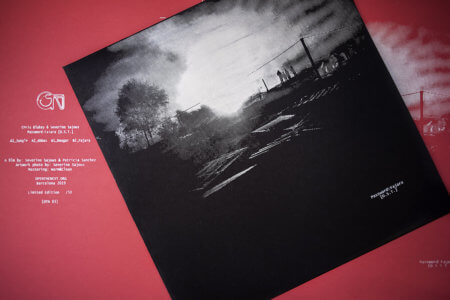 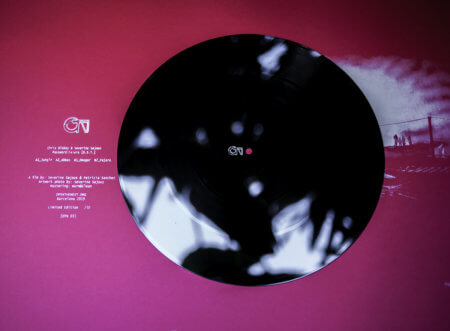 “Fajara” means “explosion” in Arabic. In the “Jungle” of Calais, where migrants and refugees from different parts of the world camp in hope of one day reaching the United Kingdom through the Euro Tunnel, the word has and expanded meaning. “Farjara” means “to get through” or “to make it to the other side”.

“Password: Fajara” is a haunting short film made by Severine Sajous & Patricia Sanchez which explores the migrant experience through the creation of a new vocabulary, a phantom meaning of words and sounds.

Chris Blakey, known for his work with Richard Fearless & Death in Vegas, teamed up with Sajous to write the original music score for “Password: Fajara”.

Blakey transforms the sounds, interviews and songs recorded by Sajous during her extended stay in the “Jungle” into four, forward-thinking, cyclical, and immersive pieces. The melancholic melodies and powerful industrial sounds and breaks that Blakey has created bring to life the images of people in movement – “Fajara”; the infrared images of where they live – “Jungle”; the threat of being caught by the Police – “Abbas”; and the human traffic jams – “Dougar”.

Password: Fajara (OST) is the third reference of the label .

The vinyl collector’s version is limited to 50 numbered copies. The cover is 300gr black cardboard decorated with handmade printed artwork. 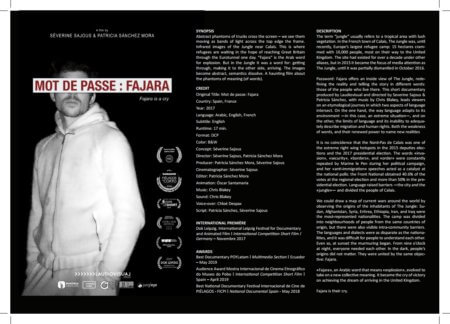